Formerly known as Bangalore, this capital city of Karnataka state is the hi-tech hub of India known for its information technology industry and as the preferred choice for many western corporations as a call centre location. The city is located 900 metres above sea level and has a very pleasant climate. Bengaluru does not have the world class tourist attractions of some other Indian cities but it still has enough of interest for a half day guided tour. 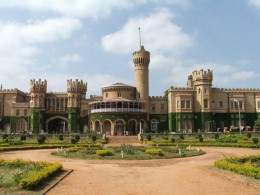 Tipu Sultans Palace – Tipu’s is notable for its teak pillars and frescoes and is located close to the colourful Krishnarajendra Market where you can explore the network of streets with their piles of fresh produce, spices and copperware. Tipu Sultan’s Summer Palace was the summer residence of the Mysorean ruler Tipu Sultan completed during the reign of Tipu Sultan in the year 1791.

The structure has been built entirely with teak and stands adorned with pillars, arches and balconies. It is a fine example of Indo-Islamic architecture. The rooms on the ground floor have been converted into a small museum showcasing various achievements of Tipu Sultan and his administration. 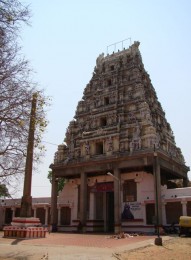 Dodda Basavana Gudi (The Bull Temple) – Built in the 16th century in Dravidian Style the atmospheric bull temple is famous for its massive granite monolith of Nandi the bull.

The bull referred to is a sacred Hindu demi-god, known as Nandi; Nandi is a close devotee and attendant of Shiva. Dodda Basavana Gudi is said to be the biggest temple to Nandi in the world. The stone cult image of Nandi is continually covered with new layers of butter, benne in the local language of Kannada. There is a cult image of the elephant-headed Hindu deity son of shiva Ganesha close by.

Every year on the last Monday and Tuesday of the Hindu month of Karthika Maasa, a groundnut fair is held in the temple premises and groundnut is offered to the deity. 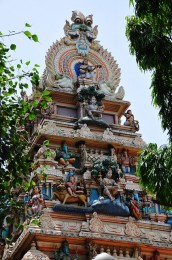 Dodda Ganesha Temple – Nearby to the Bull Temple  with an equally impressive idol of Ganesh the elephant god.

Dodda Ganesha Temple at Basavanagudi was constructed by Kempegowda I, the founder of Bangalore. Once upon a time while he was strolling, he found a number of rocks and one of the boulders had a shape of Ganesha engraved on them. Kempegowda ordered his sculptors to convert the shape into a fantastic single stone idol of Lord Ganesha.

The huge Ganesha of this popular temple is 18 ft tall in height and 16 ft wide. The lord is also generally known as Shakthi Ganapathi or Satya Ganapthi. It is usually believed that the idol of Dodda Ganesha Temple at Basavanagudi is growing on its right side.

Tailor made tours only