Located on the east bank of the Hooghly River, Kolkata is the principal commercial, cultural, and educational centre of east India. Formerly known as Calcutta, this city was initially developed by the British East India Company and was the capital of British Colonial India until 1911, it now has a population of fourteen million people.

Kolkata has a mixture of ornate, architecturally diverse buildings, ranging from crumbing ruins to Victorian treasures. The city is home to lively festivals and a vibrant, artistic community, clamorous markets and packed temples. Kolkata is widely regarded locally as India’s cultural and intellectual capital and despite the obvious poverty is widely regarded as the friendliest of India’s great cities. 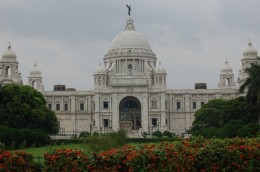 The Victoria Memorial Hall was opened to the public in 1921. It is also a museum where you can see pictures and statues of men who played a prominent part in the history of India.

The city contains many other fascinating examples of colonial architecture. 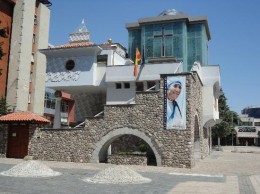 Mother Theresa’s Motherhouse – perhaps Kolkata’s most famous western resident, Kolkata is where Mother Theresa made her home for forty four years until her death in 1997 and from where she tended to the needs of the very poorest members of Indian society with her “missionaries of charity” volunteers.

A regular flow of mostly Christian pilgrims visit the Missionaries of Charity’s ‘Motherhouse’ to pay homage at Mother Teresa’s large sober tomb. A small adjacent museum room displays Teresa’s worn sandals and battered enamel dinner bowl. Located upstairs is the room where she worked and slept from 1953 to 1997, preserved in all its simplicity with her modest camp bed and an unexplained framed airline route-map. 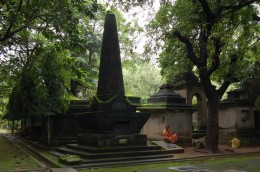 British Cemetery – The South Park Street Graveyard, Kolkata is a concentration of the ‘Who’s Who’ of the British Raj and colonial times. Step into the gate of the cemetery and you will be completely blown away. Beautifully shaded and overgrown, it is a wonderful place to look back in time, relax, or just walk around. Its surprisingly quiet even on the bustling park street. It is the final resting place of some of the pioneers of the British Empire, along with many more of their families, wives, children, etc. The dangers posed to the health, and eventually the lives of these early British visitors by the tropical climate and various diseases and illnesses were very real indeed. 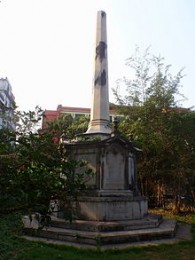 The Black Hole of Calcutta – no longer exists. Only a memorial to it can be found in St. John’s Church nearby.

The ‘Black Hole’ was a small dungeon in the Old Fort William in Calcutta that was built in 1696 by the British East India Company. After the capture of the fort on 20 June 1756 by troops of the Nawab of Bengal, Siraj ud-Daulah, British and Anglo-Indian soldiers and civilians were held overnight in conditions so cramped that most of them died from suffocation, heat exhaustion and crushing.

The ‘Black Hole’ disappeared shortly after the incident when the fort itself was taken down to be replaced by the New Fort William which still stands today.  The phrase has however become a fixed part of the English language often in reference to the state of a teenage boys bedroom. 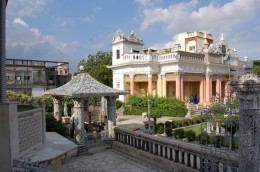 Temples and Mosques – Due to its varied population the city is home to many churches, Jain and Hindu temples, Buddhist monasteries and mosques. There are nearly 450 mosques (known as “masjid” in Urdu and Bengali) in Kolkata.