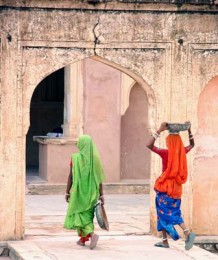 Varanasi is known to the devout as Kashi and is said to have been founded by Shiva, Lord of the Universe. Varanasi is one of the world’s oldest continually inhabited cities, a centre of learning and civilisation for over 2000 years. The city has been fought over, looted and ransacked on many occasions and the temples in the old city have been rebuilt several times.

The colourful, chaotic city is located on the banks of the sacred River Ganges and is one of Hinduisms most holy sites. Pilgrims come to Varanasi to wash away a lifetime of sins in the holy waters or to cremate their loved ones. Here the most intimate rituals of life and death take place in public and the sights, sounds and smells can be overwhelming.

Varanasi is very photogenic at its best, with the highlight being the Ghats on the Western Bank of the river. These are basically long stretches of steps leading down to the river which are mainly used for bathing and purification, but which include several burial Ghats.

As in other tourist areas there are plenty of touts ready to pester you with offers of goods and services. We always provide a knowledgeable and qualified local guide on visits to this city,  this helps to reduce the pressure from over enthusiastic salesmen considerably.

Nearby is Sarnath one of the most sacred places in the Buddhist religion and which has a number of interesting tourist sites. 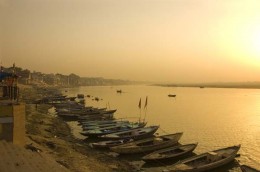 A boat ride on the Ganges at dawn or dusk – this is a great people watching experience with people coming to the Ganges not only for ritual bathing but also to wash clothes, do yoga, wash their animals, offer blessings or sell flowers. 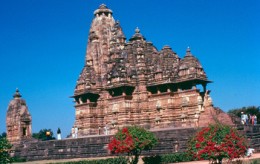 Visit the many Hindu temples – these include the Vishwanath, Mother India and Durga Templeth temples. 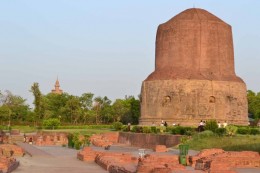 Visit to Sarnath – this city, thirteen kilometres north east of Varanasi, is where the Lord Buddha gave his first sermon preaching the middle way to nirvana after finding enlightenment at Bodhgaya. The spot is marked by the 34 metre Dhamek Stupa. Other places of interest include the 3rd century Ashokan Pillar, Mulgandha Kuti Vitar a modern temple completed in 1931 and the Archaeological Museum.