Information and Advice for Travellers

When to go, where to go, how to get there, dress codes, tipping, health, climate, food, water, money, photography, etc.. 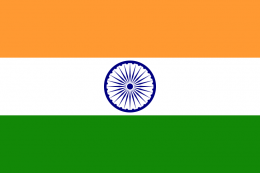 Your passport should be valid for at least six months beyond your intended stay and a minimum of two adjacent blank visa pages, per country visited is required.

India requires most foreign nationals to have a visa, obtained prior to travel. Visit the official website to check which countries require a visa: www.e-touristvisaindia.com/ 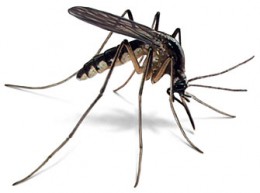 You will need to consult your GP prior to travel regarding latest medical advice for the area you are visiting. Although some parts of India are Malaria free, malaria prophylaxis is particularly important in others, particularly during the monsoon season. You will need to start taking the prescribed medication before you depart, up to a week before, during & after your trip.

The best prevention is to avoid bites, wear long slacks and long sleeved shirts, use mosquito nets, and a repellent with 30% DEET content, or oil of citronella, particularly around dawn and dusk. 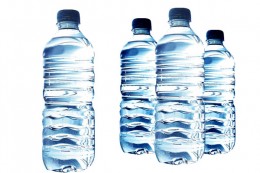 India’s cuisine is as rich and diverse as its civilization. It is an art form that has been passed on through generations purely by word of mouth, from guru (teacher) to vidhyarthi (pupil) or from mother to daughter. Most Indian cuisines are related by similar usage of spices, known as curry, but they can vary widely. Often, Indian cooking is distinguished by the use of a larger variety of vegetables than many other cuisines and many Indians are vegetarian. Within these recognizable similarities, there is an enormous variety of local styles. Food customarily forms the crowning part of most festivities and celebrations. Whatever the occasion, Indians eat with great gusto and are adept at finding reasons to feast and make merry. At traditional and festive meals, the thali (plate) or banana leaf is decorated with rangoli (a design drawn with white and coloured powders around the edges).

Bottled water is recommended and available everywhere. Be sure to use bottled water even when brushing your teeth. You will require considerably more liquid than you normally do, and while there is ample beer, non-alcoholic sodas are also available. Avoid eating raw vegetables, fruit which you cannot peel, and food from street vendors. 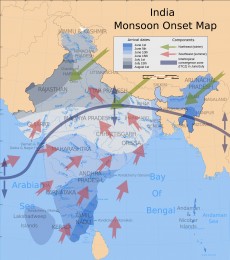 Generally, India’s climate is defined by three seasons – the hot, the wet (monsoon) and the cool, each of which can vary in duration from north to south. The most pleasant time to visit most places is during the cooler period: November to around mid-February.

The heat starts to build up on India’s northern plains from around February, and by April or May it really heats up, peaking in June. In Central India temperatures of 49°C (120°F) and above are commonplace. South India also becomes uncomfortably hot during this time. Late in May the first signs of the monsoon are visible in some areas – high humidity, electrical storms, short rainstorms and dust storms that turn day into night.

When the monsoon finally arrives, the rain comes in steadily, generally starting around the first of June in the extreme south and sweeping north to cover the whole country by early July. The main monsoon comes from the southwest, but the southeast coast (and southern Kerala) is largely affected by the short and surprisingly wet northeast monsoon, which brings rain from around October to early December.

Things don’t really cool down: at first, hot, dry and dusty weather is simply replaced by hot, humid and muddy conditions. It doesn’t rain all day, but it can rain nearly every day. Followed by the sun this creates a fatiguing steam bath-like environment.

Around October the monsoon ends for most of the country and temperatues become very pleasant with warm days and cool nights in most parts of India.  At the height of winter (around mid-December to mid-January), Delhi and other northern cities can become astonishingly cold, especially at night and even colder in the far north. In the far south the temperatures are comfortably warm during this period. 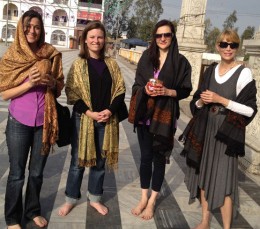 Visitors to India should respect local codes of dress and behaviour.

Dress informally while on tour; carry lightweight clothes that can be laundered easily. For evening dinners and events in city hotels, we suggest a blazer for men and appropriate evening wear for the ladies. Light, cool clothes are advisable.

Visitors should dress comfortably, but conservatively at all religious shrines and never wear short shorts or other unsuitable attire. Many sites require long trousers and long-sleeved shirts.

Ladies should wear at least a cap sleeved t-shirt (not shoe string vest tops) with either a skirt, knee length shorts or loose linen type trousers. Shorts (except knee length walking shorts), sleeveless shirts, tank tops and other beach-style clothing are considered inappropriate dress when not actually at the beach or in a resort area.

It is acceptable to wear shoes when walking around the compound of a temple, but not inside the chapel – you will be asked to remove your footwear inside these temples.

Essentials include light-coloured cotton trousers, shorts and shirts, good rubber-soled walking shoes or sandals, a wide-brimmed hat, a light raincoat or windbreaker. There is no need for dressy clothing, but you may want to bring a couple of smarter, casual wrinkle-free outfits to wear on any dinner you wish to take at one of the nicer restaurants in the cities en-route and at some of the hotels you will be staying at. 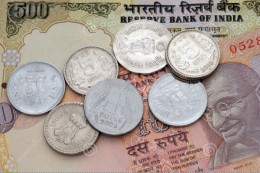 You may occasionally find that when you try to pay for something with a ripped or grubby note that your money is refused. You can change old notes for new ones at most banks or save them and use them creatively as tips. Don’t let shopkeepers palm grubby notes off on you as change – simply hand them back and you’ll usually be given a note slightly higher up the acceptability scale. Keep a supply of smaller denomination notes – there is a perpetual shortage of small change.

You are not allowed to bring Indian currency into the country, or take it with you when you leave. In hotels & restaurants in cities you will be able to use most major credit cards, Visa and Mastercard are readily accepted and U.S. dollars are also acceptable. We do not advise taking travellers cheques as they can be difficult to change and rates vary wildly!

It is advisable to carry some cash or U.S. Dollars for purchases outside urban areas, and for tipping. ATMs are common (especially in the cities). Local banks will give you notes in local currency. Keep your valuables, including passport, credit cards and cash on your person or lock them in the safe in your hotel room when provided.

Some jungle lodges do not accept credit cards or foreign currencies, please check with us whether the individual lodges where you are staying will take cards. Rupees are normally essential for tipping. 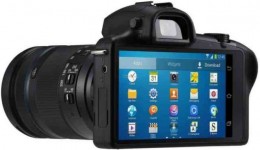 Be sure to take along plenty of film or memory cards and buy them beforehand. Although film is for sale, it may be expensive and limited. Take along extra batteries, a charger and a waterproof pouch, such as a zip lock bag, to protect your camera from moisture and dust. Excessive heat can affect your camera so try to keep it in the shade.

Please refrain from taking any photographs at airports, harbours, or government buildings, as they are considered illegal. If you want to photograph any local people, you must ask permission, some may expect a tip, so carry some small change with you. It is best to check with your guide first.

VIDEO:
Charging facilities for video cameras should be available in most hotels, as long as you have a standard charger. We suggest taking sufficient batteries to last you for up to three days of video filming.

CAMERA FEE:
You may have to pay a fee for using a still and/or a video camera at some monuments, This fee, which ranges from Rs10 to Rs500, depending on the place and the type of camera used, is payable at the entrance gate. Please ensure you carry sufficient funds with you to cover this charge.

Currently there is no camera fee for amateur photography in the national parks of Madhya Pradesh including, Panna, Bandhavgarh, Kanha, Pench and Satpura. At Kaziranga National Park, the still camera fee is currently INR 500/- per day and video camera fee is INR 1000/- per day.

MOBILE TELEPHONES:
Telecommunications in the urban areas are excellent.
If you bring your mobile phone with you on holiday please note that you are not permitted to take it into the National parks

BEVERAGES:
All beverages throughout your tour, including safe bottled drinking water, soft drinks and alcoholic beverages are at additional cost unless stated in your Itinerary.

LANGUAGE:
Languages spoken in India are different in each state. The national language is Hindi. Most people in bigger cities speak English. Hindi is widely spoken throughout North India, while many of the states are divided linguistically and there are literally hundreds of local dialects.

Do not assume that everyone in India understands or speaks English you may find local people smile in acknowledgement when you talk to them, only to reveal much later that they haven’t the foggiest notion what you’re talking about; they are just being friendly and trying to make you feel more at home.

TIME:
Despite India’s vastness, the entire country operates according to the same time zone, which is 5½ hrs ahead of GMT (Greenwich Mean time). There is no daylight savings time. 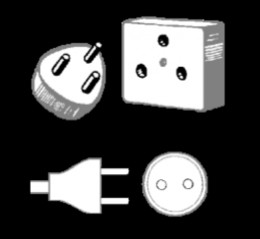 VOLTAGE:
The electric current is 230 volt AC (50 cycles) throughout the country. Many different types of plugs and sockets are in use. Either 2 round-pin unearthed or 3 round-pin earthed plugs & sockets are used. Travellers with electric shavers, hair dryers etc. should carry a plug adapter kit.

TIPPING:
Tipping and the size of any tip is purely down to the guests satisfaction with the service provided. However, almost everyone expects a tip, from the airport representative to hotel bell boys, waiters, local guides, park guides, resident naturalist, the driver, mahout etc. We will provide our suggested tipping guidelines with your pre-departure information pack.

SMOKING:
The Indian Government has introduced “No-Smoking” legislation for hotels, restaurants and all public places. As a consequence, smoking is prohibited in all hotels except in designated outdoor smoking areas.

AIRPORT DEPARTURE FEES:
Some airports do have airport development fee which in most cases is included in the cost of the International flight. At present there is a departure tax applicable while flying out of Delhi, Mumbai, Bangalore and Hyderabad airports, but most likely your ticket should include the tax. If unsure ask your consultant.

INTERNAL FLIGHTS:
Please be aware that Internal Flights in India have a weight limit of 15 kg including hand baggage, any weight over and above the limit is charged as excess baggage.