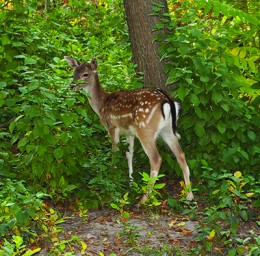 Bandhavgarh Tiger Reserve along with the neighbouring reserves of Kahna and Pench is the heartland of Kipling’s India and classic tiger country.

Although one of the smaller tiger reserves, Bandhavgarh, which is set in the Vindya Hills of Madhya Pradesh, is undoubtedly one of the best parks in which to see a tiger. Bandhavgarh has the highest density of tigers of any park in India and most guests staying for two or three days, should, subject to good guiding, get lucky at some point.

The vegetation in this park is mainly sal forest* and in the later part of the dry season, a relatively low density of undergrowth, makes good quality sightings reasonably easy.

As in other parks where a volume of visitors was causing unnecessary stress to the wildlife, the core zone has been subdivided with guests allocated a zone in which to drive and a route to follow with no deviation permitted. Permitted visitor numbers have also been reduced to make the safari more pleasant for both guests and wildlife.

The Tala Zone, which has some of the very best wildlife sightings, has been declared a Premium Zone and attracts an extra charge to visit.

The setting of Bandhavhgarh is impressive; the ruins of the ancient fort, from which this park derives its name, provide a stunning backdrop. Unfortunately guests are not currently permitted to visit the fort but this may change in the future. Also scattered around the park are archaeological remains of the Kalchin period and numerous prehistoric caves.

For wildlife enthusiasts this park is easily combined in a circuit with the nearby and equally stunning Kahna and Pench reserves.

Mainly 4 x4 guided Jeep safaris. It is possible at a significant extra cost to take a full day safari, which includes an elephant-back experience. If you choose to book the elephant back experience you are not restricted to zones and routes and will be out in the park all day, whilst other tourists have to leave the park between 10 am and 3 pm.

We would advise you to pre book the elephant back experience.